Various combinations of thankyous and recommendations, by traditional hand written letters, on-line forums, or feedback forms etc have been received over several years of trading. A sample of recommendations are included here.  (individual addresses removed for data protection, all originals are available for validation.) 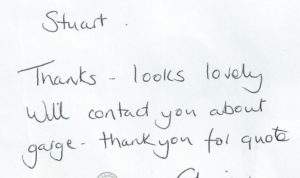 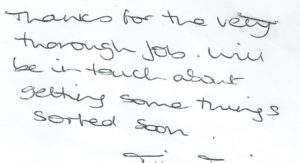 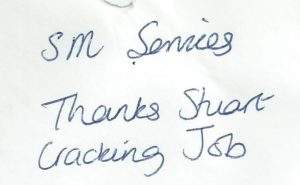 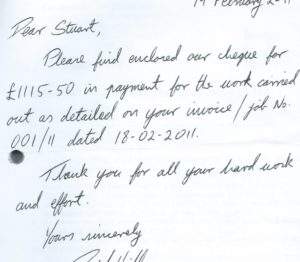 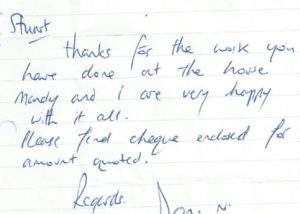 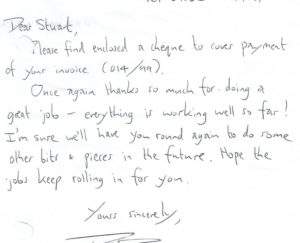 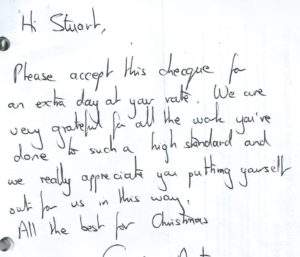 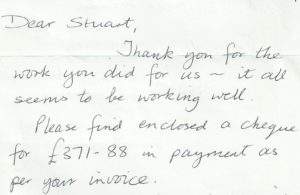 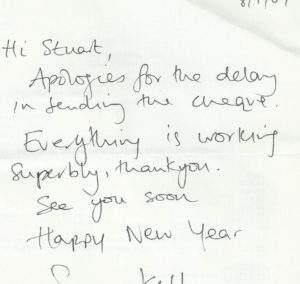 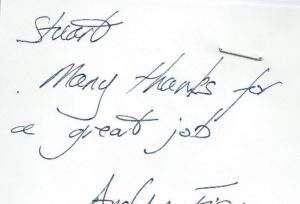 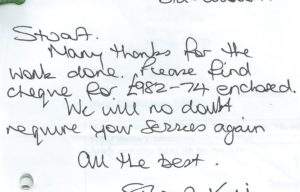 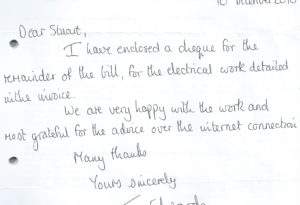 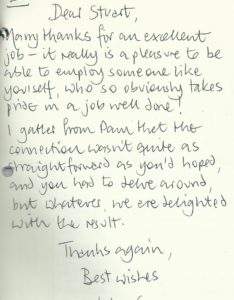 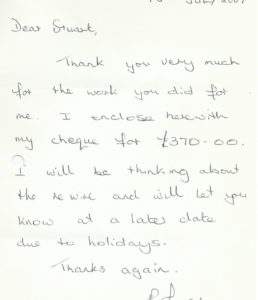 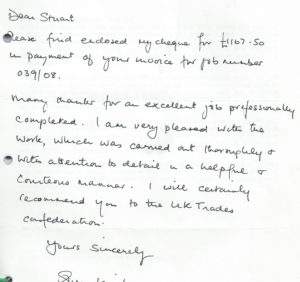 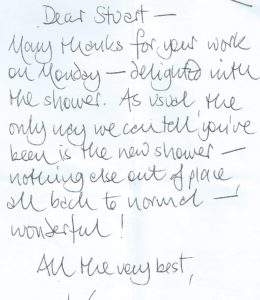 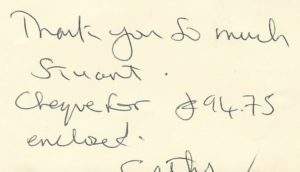 Streetlife was a social media forum for local neighbourhood discussion, until it was acquired “Nextdoor”.  Some Streetlife recommendations for SM Services include the following;  (The Streetlife platform is now closed so these references may no longer be accessible online). 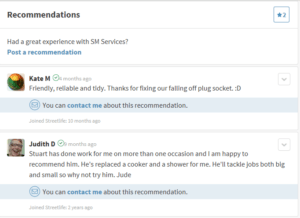 (The above screen shots were all publicly accessible prior to the Streetlife/Nextdoor sale.)

nextdoor.co.uk also has provision for recommending tradespersons, such as:

(The above screen shots from nextdoor should still be publicly visible.)

Also recommendations are possible via the SM Services listing on yell.com:

SM Services was a member of the UK Trades Confederation until 2010. Due to limited commercial benefits, this was ceased. Whilst a member, numerous UKTC customer feedback forms evaluating SM Services work were received, including the following.  (Addresses removed for data protection, original copies are available for validation.)

As an NICEIC registered contractor SM Services must have a formal complaints logging procedure in place.  In addition to this customers can go directly to the NICEIC website to register complaints relating to electrical safety or non-compliance with BS7671: niceic.com/householder/complaints (No formal complains have been received.)

We use cookies to personalise content and ads, to provide social media features and to analyse our traffic. We also share information about your use of our site with our social media, advertising and analytics partners. You can adjust the cookies in the Cookie settings.

This website uses cookies to improve your experience while you navigate through the website. Out of these cookies, the cookies that are categorized as necessary are stored on your browser as they are essential for the working of basic functionalities of the website. We also use third-party cookies that help us analyze and understand how you use this website. These cookies will be stored in your browser only with your consent. You also have the option to opt-out of these cookies. But opting out of some of these cookies may have an effect on your browsing experience.
Necessary Always Enabled
Necessary cookies are absolutely essential for the website to function properly. This category only includes cookies that ensures basic functionalities and security features of the website. These cookies do not store any personal information.
Non-necessary
Any cookies that may not be particularly necessary for the website to function and is used specifically to collect user personal data via analytics, ads, other embedded contents are termed as non-necessary cookies. It is mandatory to procure user consent prior to running these cookies on your website.
SAVE & ACCEPT