The majority of good electrical work is never seen, it is either concealed in walls, floors, trunking, cabinets or other enclosures. All that is visible is the front of an accessory, socket, switch or light fitting etc. and most people know what a socket or a light looks like and others have no interest with the inside of a consumer unit.  But for those who are interested here are a few sample images from some of SM Services work.    (most good business webpages have some sample work pictures!)

Inside & Outside view of a typical Consumer unit; 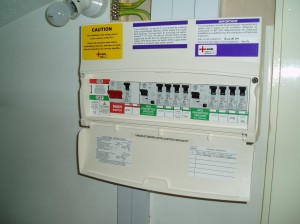 Three stages of a typical job in progress; 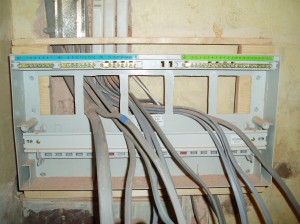 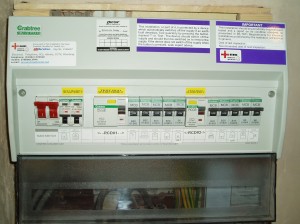 Cables down a wall prior to plastering and second fixing – then after plaster and accessories have been fitted; 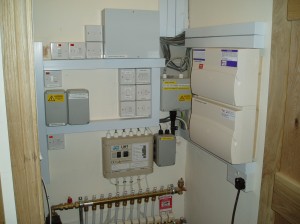 Inside the above stacked consumer unit; 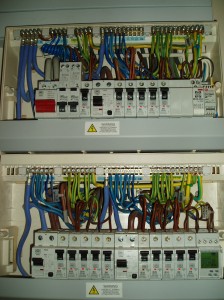 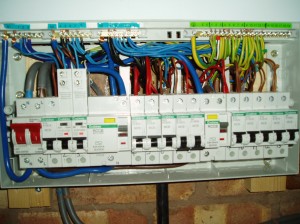 Another consumer unit with its lid off; 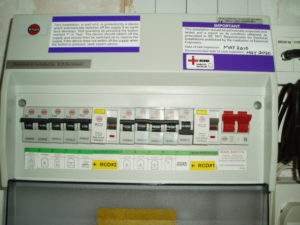 Wiring regulations BS7617:2008 Amendment 3 (2015), which came into effect Jan 2015, had a new regulation 421.1.201 requiring domestic consumer units, (and similar switchgear) to be constructed of non-combustible material. (AKA a metal enclosure).  A phasing-in period was allowed up to Jan 2016 where non metal were still acceptable. But all new and replacement consumer units fitted since Jan 2016 should be metal, or an equivalent non combustible material.

A couple of metal units with combinations of RCD and RCBO shock protection, with covers off. 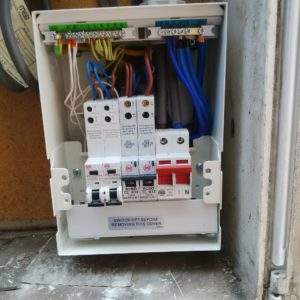 Other metal units with their covers on. 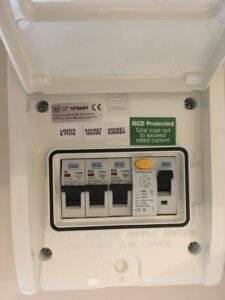 {they don’t look much different to plastic ones!}

We use cookies to personalise content and ads, to provide social media features and to analyse our traffic. We also share information about your use of our site with our social media, advertising and analytics partners. You can adjust the cookies in the Cookie settings.

This website uses cookies to improve your experience while you navigate through the website. Out of these cookies, the cookies that are categorized as necessary are stored on your browser as they are essential for the working of basic functionalities of the website. We also use third-party cookies that help us analyze and understand how you use this website. These cookies will be stored in your browser only with your consent. You also have the option to opt-out of these cookies. But opting out of some of these cookies may have an effect on your browsing experience.
Necessary Always Enabled
Necessary cookies are absolutely essential for the website to function properly. This category only includes cookies that ensures basic functionalities and security features of the website. These cookies do not store any personal information.
Non-necessary
Any cookies that may not be particularly necessary for the website to function and is used specifically to collect user personal data via analytics, ads, other embedded contents are termed as non-necessary cookies. It is mandatory to procure user consent prior to running these cookies on your website.
SAVE & ACCEPT